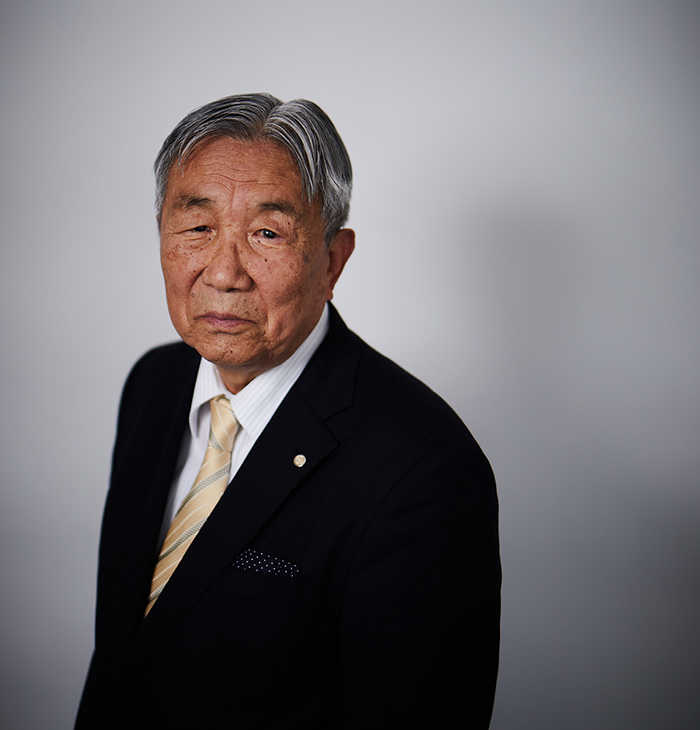 Mr. Takami looks back on an extraordinary career in intellectual property, which has taken him around the world. After graduating from the Faculty of Engineering at the Kanazawa University he studied Nuclear engineering at the Catholic University of America, Washington D.C.,U.S.A. before he began his career as an examiner at the Japanese Patent Office in 1957, where he was soon promoted to the position of International Affairs Officer. In his capacity as International Affairs Officer, he worked at the International Bureau (WIPO) in Geneva, where he specialized in the worldwide prosecution of intellectual property as he actively participated in the introduction of the PCT and IPC systems. He eventually became Appeal examiner in chief and Executive Chief Administrative Judge at the Japan Patent Office. After leaving the Japanese Patent Office, he continued his career as a patent attorney in a private firm.
He regularly attends conferences as speaker and was chairman of numerous international committees of the Japan Patent Attorneys Association, as well as Secretary General of AIPPI Japan and Secretary General and Director of FICPI Japan and Vice President of Study and Work Commission (CET) of FICPI International.
Moreover, he is an honorable member of FICPI International.
His motto is "Think globally, act locally" motivates him to pursue and promote patent rights worldwide in order to respond to changes in the business environment in the age of global competition.
Mr. Takami joined our firm in 2006 and has been strongly committed to assisting domestic clients abroad and foreign clients to achieve reliable intellectual property protection in Japan.

Thanks to his rich experience at the international level and at the Japanese Patent Office, Mr. Takami has acquired a unique expertise that enables him to provide high quality services in the prosecution of patents and in successfully proceeding oppositions and invalidation trials proceedings. In particular, his expert opinions on the evaluation of intellectual property rights provide our clients with the highest degree of legal certainty in the settlement of patent disputes or for freedom-to-operate and invalidation analysis with regard to potential infringement scenarios.